Taking your dog to the dog park can be a fun way to burn off their excess energy after a long day and to let your dog socialize with his buddies, but every dog (and every dog park) is different. If you’ve never taken your dog to the dog park before and you want to start, or you’ve gone a few times but you want to become a regular, here are some tips to make your experience a success:

Dog parks are social places, which hundreds of dogs may pass through on any given day from different parts of town. People visit dog parks when they’re driving through the neighborhood, traveling from other cities, and as regulars — so the diseases, parasites, and bacteria your dog will come into contact with in a dog park are much more varied than what he might see on his daily walk.

While it would be nice if everyone vaccinated their dog, this isn’t always the case, and in public dog parks there is no way to verify that every dog you encounter is up to date on his shots — so make sure yours is. Vaccinations deliver a small amount of (live or killed) viruses or bacteria into your dogs body so that his immune system can learn to fight them in small amounts. When he encounters these same bacteria or viruses again, he’ll be less likely to get sick because his immune system recognizes the intruders as a threat, and dispatches of them before they can cause a problem.

In human public health, vaccines are surrounded by myths and unsurprisingly, many of the same beliefs exist in the dog world. If you’re worried that vaccines will harm your dog, you should ask the opinion of a few veterinarians in your area and see if you can find a vaccine schedule that assuages your concerns before taking your dog around other dogs.

Work with your dog on basic obedience training in the park before going to the dog park. Ensure that you have good control over your dog by being able to call them away from distractions, and make sure they good people manners and don’t try jumping up on everyone they meet. Remember that you can encounter all sorts of people — including children, and the elderly — in dog parks, so your dog should be pretty social before going.

Dog parks are different everywhere, some parks are huge and encompass acres of land, while others are small and may be divided into smaller sections for different sized dogs. Which type of park your dog will feel the most comfortable in and find the best buddies to play with can vary. Some dogs can act more territorial in parks with obvious fences, whereas other dogs may run off in parks that are too big and be hard to recall when they’re off playing.

Watch the dogs playing in the park for a while before taking your dog into a new dog park. Are they playing? Are their owners paying attention, or are they distracted by their phones? While dogs are naturally social animals, putting a bunch of strange dogs together relies that every dogs owner is diligent about what their dog is doing. It’ this kind of attentiveness that makes dog parks fun, and prevents fights from breaking out in the first place.

It should go without saying that a clean, well-groomed park is mandatory. Don’t take your dog into a dog park where there’s excessive dog poop, or a strong smell of urine or feces. Most dog parks are public spaces and while park services generally do a good job of keeping them clean, high-traffic parks and smaller dog parks can easily become housing for all sorts of germs.

A lot of well-meaning dog owners think that the best way to socialize their puppy would be to take him to the dog park. After all, there is a big variety of dogs and your puppy will get to learn and play with all of them. What many dog owners don’t consider is that such an intense socialization experience could actually be a problem.

Here’s a good analogy. Would you take your young child and drop him off at a high school campus for the day? It’s still a school, and there are a lot of other children. The problem, as you may have already realizes, is that like dropping a kindgartener off at high school, taking your puppy to a dog park exposes him to dogs that are much older than him — and oftentimes, who have a much more intense personality than your pup will.

Young puppies, under 6 months old, do much better with structured socialization with only a few other dogs, or puppies around their age. Your puppy is still learning what appropriate social behaviors are, so if you let him meet and play with other puppies on a walk, at home, or at a puppy class, you have a much better chance to teach your puppy the right social behavior — rather than overwhelming him and making him feel the need to defend himself while he’s young.

When your puppy is a little older, has had all of his vaccines, and has met a few other dogs already, you can take him to a dog park if you choose to, but should limit visits and choose parks where there are few other dogs. Older puppies can have a lot of positive learning experiences in dog parks, as the other dogs are typically social and can help teach an overly-exuberant puppy how to play better with others — but each dog is an individual, and you should assess your pup carefully while he’s in the park for any signs of stress.

Don’t let other dogs bully your dog, and don’t be afraid to ask, “Whose dog is this?” if you’ve been watching another dog antagonize yours for a while. Dog fights can and do happen in dog parks, and they can be very serious. Not all owners understand that their dogs behavior is aggressive, and may think that their dogs very rough play is OK, because she does it with other dogs, or because it’s never caused a problem before. Tell these owners to get control of their dogs, and don’t be afraid to ask the people around you if they think what’s going on is OK. Play behaviors that should be limited in dog parks include:

This little known tip can be really handy if a fight breaks out. Airhorns are portable, but extremely loud. If your dog or another dog starts fighting, use an airhorn to frighten the dogs and make them back off. Airhorns are best used in close proximity of the fighting dogs, to have the best chance at startling them. 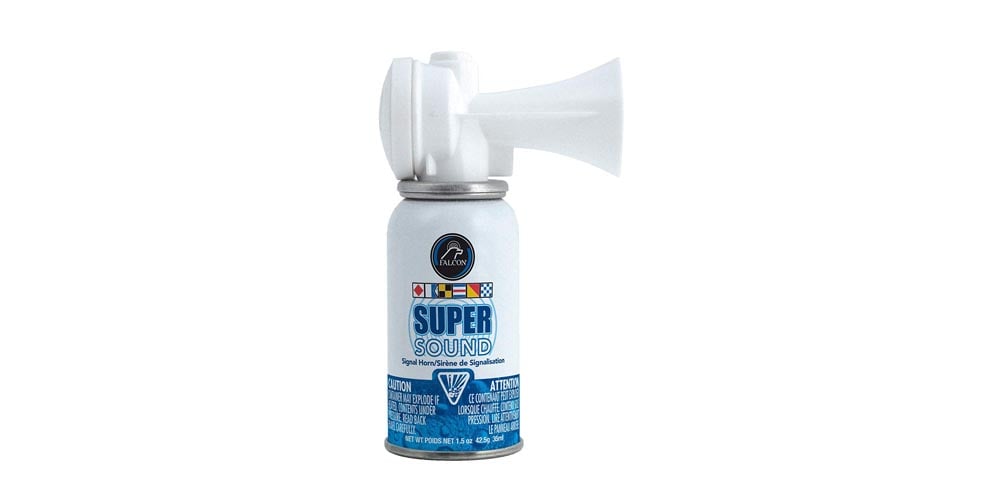 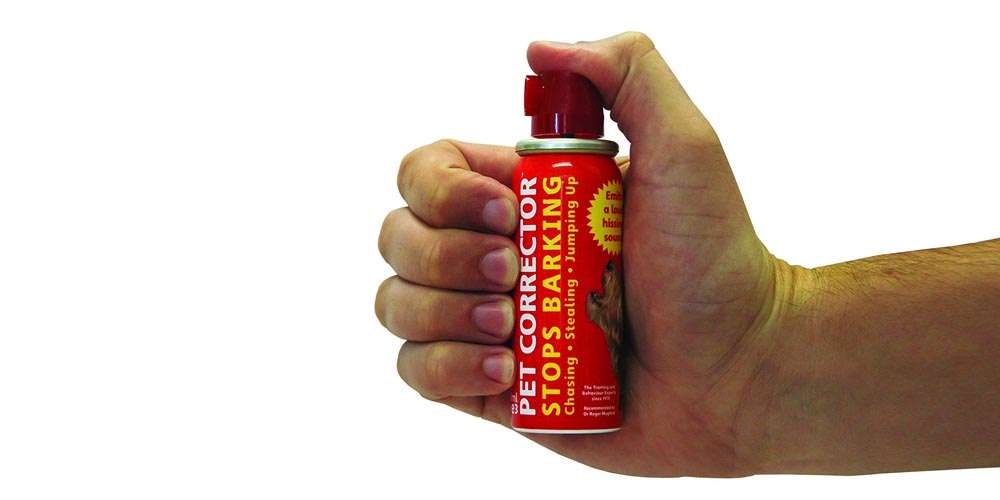 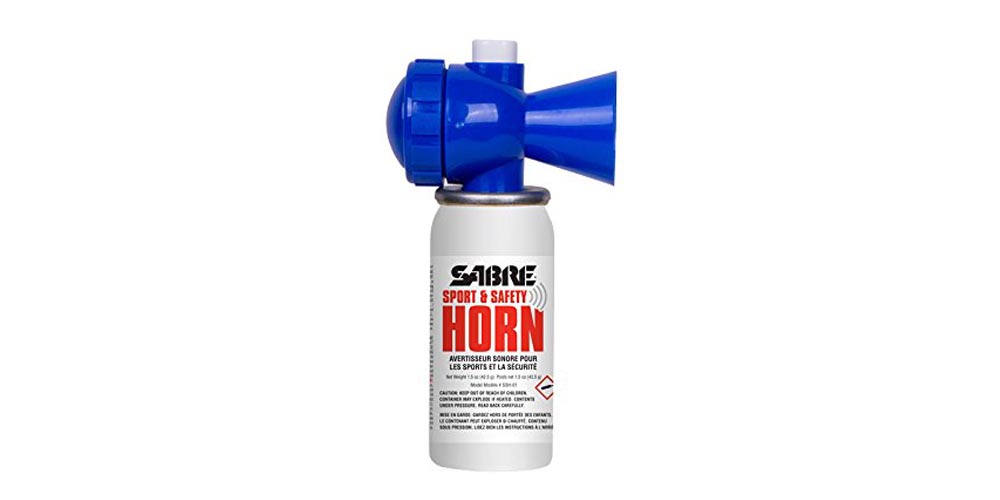 Choosing a Ball on String For Your Dog

How to Choose a Dog Leash

The Dog Owners Guide to Thanksgiving

You Just Found a Dog in a Hot Car

How Long Should I Train My Dog Per Day?

How to Start Walking Your Dog

How to Stop Your Dog from Shedding

How to Teach Your Dog to Heel

How to Teach Your Dog to Stay

Moving to Japan With Your Dog

Reducing Fights Between Dogs At Home

The Scrub on Self-Wash Dog Grooming

Should I Get Dog Insurance?

Starting Puppies on a Raw Diet

Teaching Your Dog Self Control

The Benefits of Green Lipped Mussels for Dogs

The Benefits of Shopping at an Independent Pet Store

What to do if You Have to Surrender Your Dog

What's a No Pull Harness?

How to Teach Your Dog to Sit

When Can I Let My Child Walk The Dog?

What's the Best Way to Introduce My Dog to a New Dog?